There are many movies that have writers as main characters.  Let’s see if you can figure them out.  Each movie title is worth 10 points and you have until Thursday night to submit your answers. I hide your answers until then.

1. I mentioned this one in the movie meme yesterday.  The character CK Dexter Haven was writing a story about his ex-wife for a tabloid.  The Philadelphia Story (1940)

2. Diane Lane played a writer who moved to Italy and restored an old house in this movie based on a travel memoir.  Under the Tuscan Sun

4. This movie about Harper Lee’s famous friend is the story of shocking Kansas murders.  Capote (2005)

5. Gwyneth Paltrow won an Oscar for her role in this film about the Bard.  Shakespeare in Love (1998) 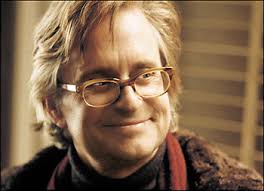 8. Renee Zellweger and Ewan McGregor both play writers in this romantic comedy.  Down With Love (2003)

29 thoughts on “Writers in Film Quiz”