October was a very busy month around here so I am surprised that we managed to see three movies.  And that I like them all. Too Hard To Watch.  Powerful.

I bawled for an hour.  (Heather)

When I found out I was pregnant I made the decision to buy and read only one pregnancy book and this is the one I chose.  I’ve heard women complain about it being outdated or not detailed enough, but I found it to be very useful.  I did not read it cover to cover and the last section on things that could go wrong I didn’t read, although I did reference it early on when I was afraid I might be having trouble.  I felt like it gave me just enough information to feel comfortable, but not too much to cause increased worry, which is some thing I struggle with anyway.  I definitely have a worry gene and I hope I haven’t passed it on to Gage!

Not only does the book cover eating for two, but its week by week updates were so much fun to read with Jason every week.  It also helped for Jason to see some of my symptoms in print so he didn’t think I was making them up 🙂  As a first time mom who has spent very little time around pregnant women I thought this book was a wonderful resource and I would recommend it.

As a bonus I thought I’d share the last picture we took of me ‘expecting’.  We took this Saturday afternoon and I went to the hospital later that evening.  I gained 45 pounds during my pregnancy.  Hard to believe I gained all that belly for a 6 pound little guy!

This book was from my personal library.

This book is a must have for retail managers or for those, like me, who would love to open my own business someday.  Underhill is the CEO of a research company that specializes in helping companies, like McDonald’s and General Mills, attract more customers and bigger sales.  He and his associates spend hours studying the psychology of the shopper in the shopping environment.  They study the most mundane of decisions shoppers make to help the companies change things like product placement and the addition of seating to optimize sales.

I enjoyed this look into the mind of the shopper.  It is a sneak peek into the things we do when we shop that we are not aware of and I found it interesting.  I think the book was a little long and I did grow bored with it about halfway through, but if you are involved in retail and get to make decisions for the store then this would prove invaluable.

There is an updated version, but I did not listen to that one.  I assume that it would address internet shopping with more authority.  When this was first published it was still very new and not that accurate a representation of today’s internet reality.

I checked this audio out of the library.

I’m trying to get back into the swing of things here as Gage turns one week old.  Let’s see how much you know about the name and word Gage.  Each one worth 10 points and you have until Thursday night to submit your answers. I hide your answers until then.

2. Gage is an old French, English, or Scottish surname?  English

4. Which is NOT a definition for gage?

A. Old fashioned slang for marijuana

B. An object thrown down to indicate a challenge

C. To pledge or wager

5. The book Phineas Gage by John Fleischman is the gruesome but true story about what?  Brain Science

7. Gage is another name for which fruit?  Plum

8. A British general and governor of Massachusetts, his attempts to suppress colonial resistance led to the start of the American Revolution.  Thomas Gage

October 25, 2010October 20, 201545 Comments
Gage’s arrival was a bit earlier than expected.  I wasn’t due until November 3rd, but last week my blood pressure spiked and they decided I had preeclampsia, which meant that Jason and I checked into the hospital on 10/16 around 10 pm.  After getting situated they decided to start me on Magnesium.  That meant I could not get out of bed or have anything to eat but ice chips and Popsicles until 24 hours after Gage decided to make his appearance.  I did not enjoy my 3+ days on this awful drug.  I couldn’t see, hear, or concentrate correctly.  But I did eat lots of Popsicles.
After trying to induce and making little progress a doctor finally decided to do a c-section on Tuesday morning.  At 10:12 am Gage came into the world with 10 fingers and 10 toes.  While Daddy cut the cord, Mommy made a nuisance of herself by continually asking the surgical team, “How much longer?”  The answer was always 10-15 minutes.  Liars.
Gage came in at 6 pounds even and was 19 3/4  inches long.  He is doing well and is very, very sweet.  He is trying to get over jaundice right now and is on a blanket machine that makes him look like a glow worm.  Too cute.  He is being spoiled by his grandparents, who we couldn’t have done without.  And I’m convinced that I gave my son the best possible father.  Gage and I are lucky to have him.
The c-section is taking me a little longer to recover from than I thought it might.  Maybe it’s because I tried to be a tough girl and resist too many drugs.  I’m past that.  If I haven’t returned your call or email, don’t be offended.  I haven’t returned any.  I’ll be working on that soon.

Came into the hospital Saturday night and Gage came into the world 60 hours later via c section. Will be in the hospital till at least Friday morning. I’ll be posting pics then.
He is, of course, perfect.
Gage Michael was 6 pounds, 19 3/4 inches and is a Libra just like Mom.
More details to come when I’m home, not drugged and more sane. Thanks for all of your good wishes 🙂

Monday was my birthday.  Tomorrow is our 12 year anniversary.  And tonight we’re heading to the hospital so they can induce labor.  Say a little prayer for us.

Details will come when they come 🙂

The novel starts after the death of Sunyan Woo when her daughter Jing-Mei is asked to take her place at the mahjong table.  And so begins the stories of four Chinese mothers and their American daughters.  Jing-Mei finds out that before leaving China her mother abandoned two daughters and now Jong-Mei’s sisters have been found.  Waverly Jong has a daughter, but not much respect for her mother or her heritage.  Lena St. Clair is in an unhappy marriage and her mother considers herself a ghost.  Rose Hsu Jordan is getting divorced much to the consternation of her mother.

The most interesting parts of this book are the stories of the mothers and their youth in China.  I loved learning about the culture and history and how their lives changed when they moved to San Francisco.  They all seemed to have real issues with the American way of life and values and lamented how it affected their children.  It was fascinating.

As much as I loved the stories of the women there were too many to invest in completely.  There was not a resolution for every  story and that’s okay, but I would have liked one.  This didn’t really detract from the beauty of the book, but it is worth mentioning.

I didn’t expect to love it, but I did.  It wasn’t what I expected, it was so much better.   It was fun escaping into another culture for a few hours. I will definitely be checking out more books by Amy Tan.

This is from my personal library and was chosen by Hannah, Golda, Margot, Jackie, Staci, Jenners, Mystica, and Mom.  Here’s what they had to say…

“Fantastic book by a wonderful author. You’ll remember this one well after you’ve read it!”  Staci

“Because it’s an engaging tale of immigrants and generations, but also because this is one of those books that will be (or already is) a part of our collective consciousness.”  Hannah

Thank you for your birthday wishes yesterday!  I had a very fun day with my wonderful husband.  See if you can identify these 10 movies that all contain a birthday.  Each one worth 10 points and you have until Thursday night to submit your answers. I hide your answers until then. 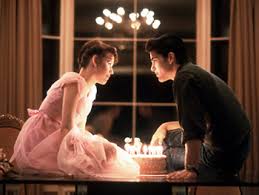 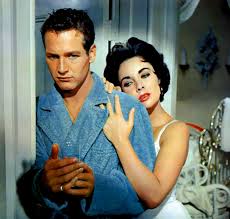 3. Jim Carrey can only tell the truth because of a wish his son made on his birthday in this 1997 movie.  Liar, Liar 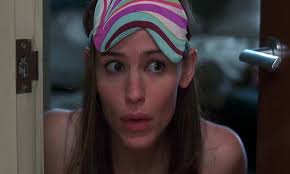 6. Billy Crystal has just turned 39 (I know how that feels!) and is suffering from a midlife crisis (Good thing I don’t have time or energy for that now!).  He and two of his best friends decide to go west and participate in a cattle drive where they are a little afraid of Curly.  City Slickers 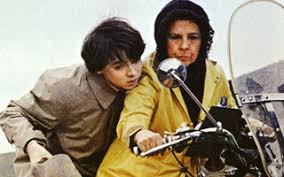 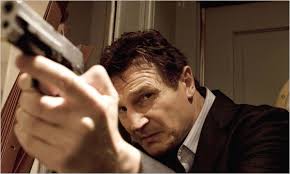 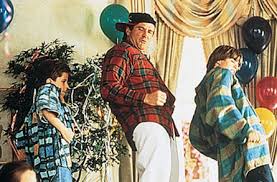 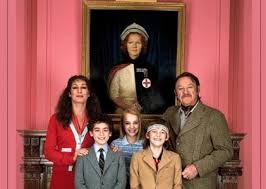 Take a look at this…

So, just how cool are book bloggers?  Crazy cool!  Last week I pulled a small package from the mailbox and didn’t recognize the return address, although it looked familiar, and rushed inside to open it up and found this beautiful sweater for Baby Gage or Baby Tara.  It was knit by the wonderfully talented Jenny from Jenny Loves to Read.  Her kindness brought tears to my eyes and I can’t thank her enough for the time she devoted to our Little One.  Jenny is awesome and if you aren’t already familiar with her, you should check out her blog.  Thanks so much, Jenny!

I cheered for the readers of the read-a-thon yesterday and was sad that I didn’t get to participate myself.  My parents were in town to help celebrate my birthday.  It’s not until tomorrow, but I like it when the birthday celebration is  drawn out 🙂  Jason took the day off tomorrow and we are going to a continuing education lecture day.  Two of my favorite topics will be discussed – politics and books.  More details tomorrow if I think it’s interesting enough.