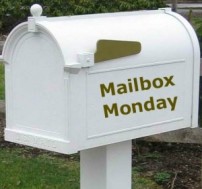 Only one book arrived on our mailbox this week and it was addressed to Gage and he thought that was very cool.  It came from Kathy (BermudaOnion) and it’s a sequel to the book she sent him last year that he loved (post here).  As soon as we opened it and saw that it was Lola he had to find the first Lola book immediately.  And then we sat down to read them both.    Gage is great at the doctor, at least until last week when he had to have his blood drawn and the woman just stabbed him and he screamed at the top of his lungs for about 10 minutes and then periodic outbursts of crying for an hour.  Not good.  So this book, which talks about Lola being nervous about needles and how they hurt, came at a great time.  Thank you, Kathy!

Lola Goes to the Doctor by Marcia Goldman 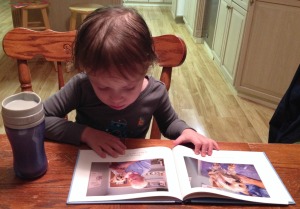 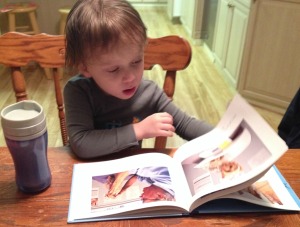 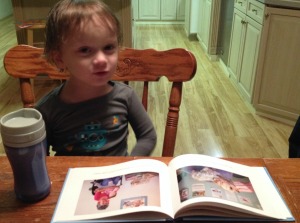 Kathy is a Virginia Tech mom and I’m an Ohio State grad and we both love our college football.  On Saturday night her Hokies came to Ohio Stadium and whooped us.  Luckily, Jason and I were attending an annual Murder by the Falls fundraiser with some friends  and I only got home in time to witness our last failed attempt to score that resulted in an interception and touchdown for the other guys.  Congratulations to Kathy and her Hokies! It’s going to be a long season for Buckeye fans.