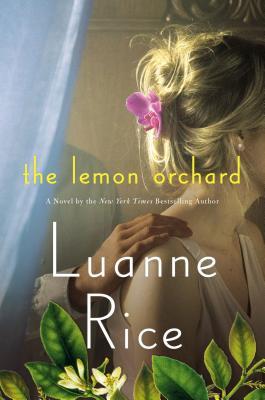 In the five years since Julia last visited her aunt and uncle’s home in Malibu, her life has been turned upside down by her daughter’s death. She expects to find nothing more than peace and solitude as she house-sits with only her dog, Bonnie, for company. But she finds herself drawn to the handsome man who oversees the lemon orchard. Roberto expertly tends the trees, using the money to support his extended Mexican family. What connection could these two people share? The answer comes as Roberto reveals the heartbreaking story of his own loss—a pain Julia knows all too well, but for one striking difference: Roberto’s daughter was lost but never found. And despite the odds he cannot bear to give up hope.

Julia lost her daughter and her estranged husband in one instant and the grief is still fresh after five years.  As she and her dog Bonnie start to heal in Malibu it is the lemon orchard’s manager that provide’s a connection to her daughter and the bond between Julia and Roberto is the heart of the story.  As Julia tries to help Roberto find peace she also comes closer to peace herself.

I liked this gentle love story and the setting of Malibu, but I found the illegal/undocumented immigrant aspect to be somewhat overdone.  Roberto’s story of crossing the border would have been enough to tell of the horror and heartbreak, but it seemed to go further than that at times. It also had a few extra perspectives in the story, family friend Lion the most prevalent and the most head-scratching. Julia and Roberto were the only stories I wanted even though Lion was a likeable enough guy.  I still liked the novel and Julia and Roberto and I loved the end.

A must read for those who are interested in the border immigrant story.

I won this from Elyse at Pop Culture Nerd last year.