When I posted last week about one of my favorite movies, Under the Tuscan Sun, I was surprised by how many of you hadn’t seen the movie.  I read the book in 2010 (here) and watched the movie, again, last week (here) so I can easily compare the two, and it’s made easier considering that the two are so completely different.

The Story/Plot  The book is a travel memoir of a San Fransisco couple that buys and restores a house in Tuscany, on a part-time basis.  It is very detailed, includes recipes and makes you feel like you are in Italy.  The movie is about a San Fransisco woman who has been jilted by her husband and goes to Italy on vacation but stays because she has nowhere to go.  She finds the life she always wanted while immersing herself in another culture.  I did not think there was much of a story in the book, but the movie had a great story of discovery.  Thumbs Up- Movie

The Visual  No description can compare to the beauty of Italy.  The movie did an excellent job of showcasing Italy while still telling a story.  Thumbs Up- Movie

Characters vs. Actors  Frances Mayes seems like a fine person, but trying to compare to Diane Lane is tough.  Frances’s boyfriend was nowhere to be found in the movie, but again hard to compare with Diane’s first Italian boyfriend… 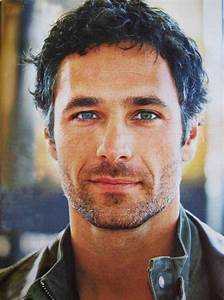 The secondary characters in each were completely different too.  Thumbs Up- Movie

The Ending  In the book Frances and her boyfriend go back and forth between Italy and California and in the movie Frances finds a home and new life in Italy.  Again, nothing wrong with the book, just a preference for the movie.  Thumbs Up- Movie

And the winner is… Obviously, I think the movie was a runaway winner.  Just goes to prove that the book isn’t always better.

17 thoughts on “Book vs. Movie – Under the Tuscan Sun”