A few books that Gage and I have read together in the past week have stuck with me.  I sort the donations to our library friends group 2-3 times a week.  Over the weekend I discovered this Dav Pilkey early classic and it both freaked me out and filled me with a certainty that my 9 year old would think it was hilarious.  I was correct on both counts. 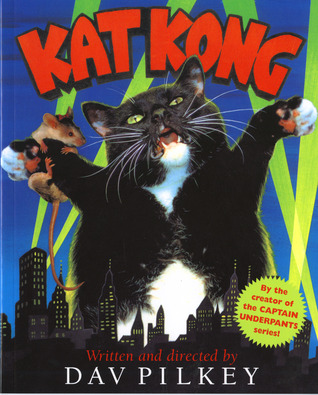 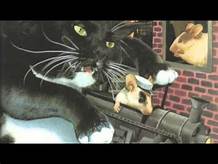 There is so much humor in the short dialog and so much disturbing cat and mouse imagery that it’s hard not to find this a cult classic.  I brought it home for Gage and on a whim looked it up and it’s a 4.1 in Accelerated Reader so he can actually take a quiz on this at school this week, lololol.

We also read another forgotten classic… 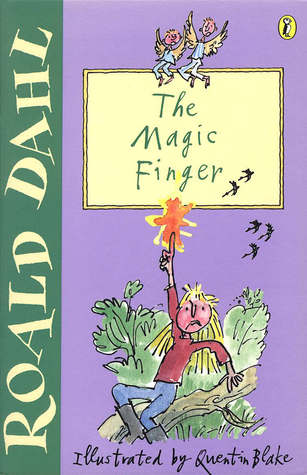 The Magic Finger by Roald Dahl, illustrated by

This is notable for a few reasons.  First published in 1966, the story, while about a girl who could do amazing and magical feats with her finger, centered around the question of whether it’s okay to hunt animals.  “I can’t stand hunting.  I just can’t stand it.  It doesn’t seem right to me that men and boys should kill animals just for the fun they get out of it.”  The family that we spend the most time with has two vegetarians for this very reason and  this year they added a third for health reasons.  Gage, only conscious of things that he has a vested interest in, has latched onto these lines the few times we’ve read it.  And he’s been asking if Jason or I plan on going vegetarian this year (he’s all about those challenges).  These are good discussions to have.  The story tidies itself up in a predictable, but satisfying way… if you side with the hunted.  The actual magic finger raises more questions than it answers which is a bit problematic, but still a lot of fun.

We’ve read other books this week, but these have been my favorites.

7 thoughts on “Reading with Gage”