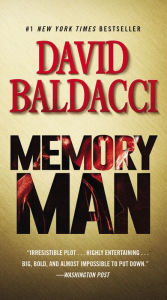 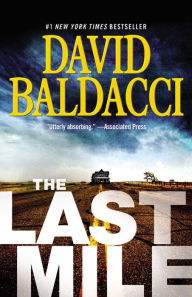 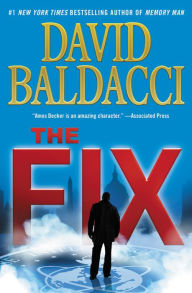 I listened to these first three books in the Baldacci mystery series about Amos Decker within a month’s time so I think you can safely assume I’m a fan. Jason has also listened to three so far and gives the series a thumbs up.

Amos was a standout college football player at THE Ohio State University (Go Bucks!) and his big time opportunity came with the Cleveland Browns (9-3 woot woot!). On the first play of his NFL career he was brutally injured, not only ending his career, but changing his life forever. From that day forward he could not forget anything, total recall of every moment of his life that he could flip through like a photo album anytime he wanted. This was the case when he went home one night after his shift as a police detective and found his wife, daughter and brother-in-law murdered in his home. The case wasn’t solved and the changed Amos lost his way and ended up living in a dive hotel. That’s where we meet Amos, at a buffet at the hotel.

Amos is one of those quirky characters that are also geniuses that I always seem to like. Because of his remarkable mental abilities he is able to see things that other people miss. I’ve liked the secondary characters, especially Alex and Melvin, and the love they’ve shown to the sometimes hard-to-take Decker. The mysteries themselves are out there, but not so ridiculous that you can’t appreciate them. My favorite so far was The Last Mile where Decker starts working for the FBI and he tries to get an old football opponent off of death row.

A good series I look forward to continuing.