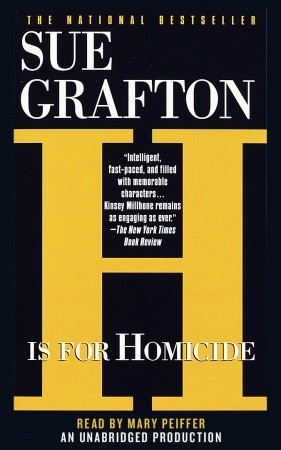 It started with the murder of Kinsey Millhone’s sometime drinking buddy, an insurance claims adjuster. But before long Kinsey stumbles onto a massive insurance scam. Going undercover as a wisecracking vamp, Millhone descends into the Los Angeles nether world of machismo and gang hideouts. Her companion, terrified at having crossed the violent crook Raymond Maldonado, is Bibianna Diaz — no Girl Scout herself.   from Goodreads

I love Kinsey and this one was okay, but she did seem to reach beyond her talents by going undercover, inadvertently really, for the police.  I was worried for her, but also questioned why she didn’t just walk away from a very dangerous situation.  I really like this series, even though some of it feels dated.  Kinsey is ahead of her time so she remains just right for any time period.