Today the Broke and the Bookish are asking for our book crushes.

Even before the series premiered on Starz, Jamie from the Outlander series would have been #1 on this list. 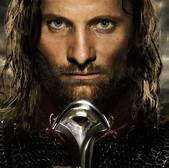 If not for the movie, Aragorn from the Lord of the Rings trilogy wouldn’t have made the list.  But it counts because I did read the first book first, right? 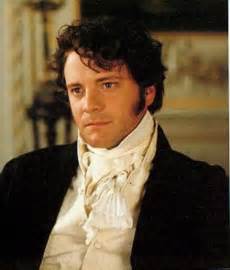 Mr. Fitzwilliam Darcy from Pride and Prejudice has also greatly benefitted by the men who have portrayed him onscreen.

5. It’s an old series, but the Deadly series by Brenda Joyce gave me TWO brothers to crush on, with Calder winning my (and the heroine) in the end.

6. Pretty much any hero from the old Judith McNaught romances are worthy to be on this list.  One author whose books I’ve reread most over the years.

7. I also crush on all the guys in Kristan Higgins’ Blue Heron series.

8. Morelli or Ranger, Ranger or Morelli?  I’d probably take either one in the Stephanie Plum series.  If I wasn’t already happily married that is 😉

9. Miles Bradford in the Vanessa Michael Munroe series is a stand up (and hot) guy.

10. I loved Nathaniel Bonner or Between-Two-Lives by the Mohawk from Into the Wilderness.
So, who are your literary crushes?