Okay, you guy have been so helpful!  Round one I kept 2/5 and am listening to one of them now.  Round two I kept 7/10 and round three 8/10.  After I decide what to keep I go to the library website and see if any of them are available in audio and put them on hold.  I feel like this working so far so let’s keep it happening.

You know the drill.  Let me know if you’ve read any of these and whether you think I should keep it on my list. These have all been on my Goodreads list since 2012!

In the summer of 1942, twenty-one-year-old Anne Calloway, newly engaged, sets off to serve in the Army Nurse Corps on the Pacific island of Bora-Bora. More exhilarated by the adventure of a lifetime than she ever was by her predictable fiancé, she is drawn to a mysterious soldier named Westry, and their friendship soon blossoms into hues as deep as the hibiscus flowers native to the island. Under the thatched roof of an abandoned beach bungalow, the two share a private world-until they witness a gruesome crime, Westry is suddenly redeployed, and the idyll vanishes into the winds of war.

I want to keep it because I really like Jio.

Want to help make your community, your town—your world—a better place, but don’t know where to begin? How To Be An Everyday Philanthropist shows you the way. A handbook, a resource guide, a call to action, and an inspiration, it offers 330 concrete, direct ideas for making a difference—all of which have nothing to do with the size of your checkbook and everything to do with using the hidden assets that are already a part of your life. Whether you’re shopping, working, exercising, or surfing the Web, there are hundreds of ways to slip small but deeply meaningful acts of philanthropy into your life, using 330 of the most innovative and effective charitable organizations around.

It could be dated but still might be worth flipping through.

One night after interviewing a reluctant witness at a London apartment complex, Lacey Flint, a young detective constable, stumbles onto a woman brutally stabbed just moments before in the building’s darkened parking lot. Within twenty-four hours a reporter receives an anonymous letter that points out alarming similarities between the murder and Jack the Ripper’s first murder—a letter that calls out Lacey by name. If it’s real, and they have a killer bent on re-creating London’s bloody past, history shows they have just five days until the next attempt.

Kay is a definite yes!

Alain de Botton’s The Consolations of Philosophy takes the discipline of logic and the mind back to its roots. Drawing inspiration from six of the finest minds in history – Socrates, Epicurus, Seneca, Montaigne, Schopenhauer and Nietzsche – he addresses lack of money, the pain of love, inadequacy, anxiety and conformity. De Botton’s book led one critic to call philosophy ‘the new rock and roll’.

I wonder if this would be too dry.

Daniel has spent centuries falling in love with the same girl. Life after life, crossing continents and dynasties, he and Sophia (despite her changing name and form) have been drawn together-and he remembers it all. Daniel has “the memory”, the ability to recall past lives and recognize souls of those he’s previously known. It is a gift and a curse. For all the times that he and Sophia have been drawn together throughout history, they have also been torn painfully, fatally, apart. A love always too short.

Interwoven through Sophia and Daniel’s unfolding present day relationship are glimpses of their expansive history together. From 552 Asia Minor to 1918 England and 1972 Virginia, the two souls share a long and sometimes torturous path of seeking each other time and time again. But just when young Sophia (now “Lucy” in the present) finally begins to awaken to the secret of their shared past, to understand the true reason for the strength of their attraction, the mysterious force that has always torn them apart reappears. Ultimately, they must come to understand what stands in the way of their love if they are ever to spend a lifetime together.

I want to hear from someone who has read it!

In the Belly of Jonah is a fast-paced mystery with a likable protagonist and an intricately woven narrative brimming with bizarre yet believable twists. The first in a series, the book expertly lays the groundwork for Liv Bergen, amateur sleuth, and her love interest, FBI Agent Streeter Pierce. Liv becomes involved in the investigation of the murder of Jill Brannigan, a summer intern at the limestone mine Liv manages near Fort Collins, Colorado (a breathtaking setting that unwittingly becomes an accessory to crime). In doing so, she inadvertently puts her friends, her family, and herself at risk of being swallowed in the belly of a madman bloated with perverse appetites for women, surrealistic art, and renown.

The 50 contestants in the Miss Teen Dream pageant thought this was going to be a fun trip to the beach, where they could parade in their state-appropriate costumes and compete in front of the cameras.  But sadly, their airplane had another idea, crashing on a desert island and leaving the survivors stranded with little food, little water, and practically no eyeliner.  What’s a beauty queen to do? Continue to practice for the talent portion of the program – or wrestle snakes to the ground? Get a perfect tan – or learn to run wild? And what should happen when the sexy pirates show up?

When an ancient scroll appears in a secret room of the Bowery Mission in New York City, Tom Bohannon is both stunned and intrigued. The enigma of the scroll’s contents will send Bohannon and his team ricocheting around the world, drawing the heat of both Jewish and Muslim militaries, and bringing the Middle East to the brink of nuclear war in this heart-pounding adventure of historical proportions. The Sacred Cipher is a riveting, fact-based tale of mystery and suspense.

I don’t know.  I just suffered through Dan Brown’s Origin so I’m not sure I have an appetite for this one. 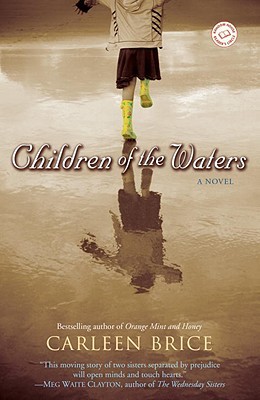 Trish Taylor’s white ancestry never got in the way of her love for her black ex-husband, or their mixed race son, Will. But when Trish’s marriage ends, she returns to her family’s Denver, Colorado home to find a sense of identity and connect to her past.
What she finds there shocks her to the very core: her mother and newborn sister were not killed in a car crash as she was told. In fact, her baby sister, Billie Cousins, is now a grown woman; her grandparents had put her up for adoption, unwilling to raise the child of a black man.
Billie, who had no idea she was adopted, wants nothing to do with Trish until a tragedy in Billie’s own family forces her to lean on her surprisingly supportive and sympathetic sister. Together they unravel age-old layers of secrets and resentments and navigate a path toward love, healing, and true reconciliation.

Poignant, funny, and utterly original, Ethel & Ernest is Raymond Briggs’s loving depiction of his parents’ lives from their first chance encounter in the 1920s until their deaths in the 1970s.Ethel and Ernest are solid members of the working class, part of the generation (Brokaw’s “Greatest Generation”) that lived through the tumultuous era of the twentieth century. They meet during the Depression — she working as a chambermaid, he as a milkman — and we follow them as they encounter, and cope with, World War II, the advent of radio and t.v., telephones and cars, the atomic bomb, the moon landing. Briggs’s portrayal of his parents as they succeed, or fail, in coming to terms with their rapidly shifting world is irresistably engaging — full of sympathy and affection, yet clear-eyed and unsentimental.

The book’s strip-cartoon format is deceptively simple; it possesses a wealth of detail and an emotional depth that are remarkable in such a short volume.

Maybe if I go on a graphic kick.

14 thoughts on “Goodreads Cleanup – This has been helpful”