Exploring the States:Hawaii, the Aloha State

Gage has always had a soft spot for Hawaii, who doesn’t?  We started by reading through the book and then I chose some  5-10 minute activities over the next week.  My goal is really just two activities for each of the three days and then a book or two. 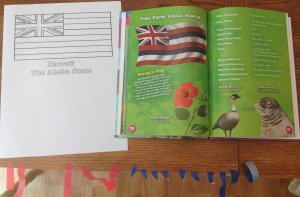 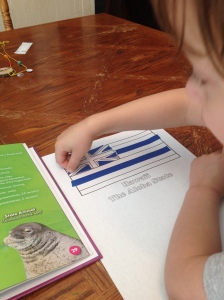 3. I wanted to make a lei, but decided instead that we would learn about deconstructing.  So, we deconstructed a lei and tried to put it back together again. Well, the joke was on me because the wire they used was way too hard for 4-year-old hands to work with, so I had to come up with an alternate plan the next day.  We used pipe cleaners because that’s what we had.  He really didn’t like this activity and even with me helping him it was a struggle to finish – not  that you can tell from the ‘after’ pic!

4. And, of course, no Hawaii project would be fun without making a volcano! 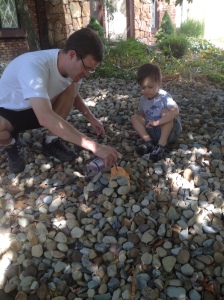 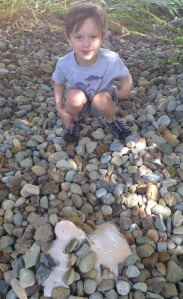 Dog-of-the-Sea-Waves by James Rumford was a great book on the settling of Hawaii.  Although fictional, the story of the brothers, Hoku, Na’ale, Opua, Makani and Manu featured animals unique to Hawaii on every page and a story that could have taken place. The Polynesian brothers explored and Manu found a friend in the Monk Seal and his friend would eventually save his life. There are scary parts but everything is okay in the end. Loved this book and it’s sure to please animal lovers.  It even told the story in Hawaiin at the end, provided a glossary of all of the animals in the book and the story of the Islands.  40 pages.

Keep sending me ideas for your state – especially book ideas!