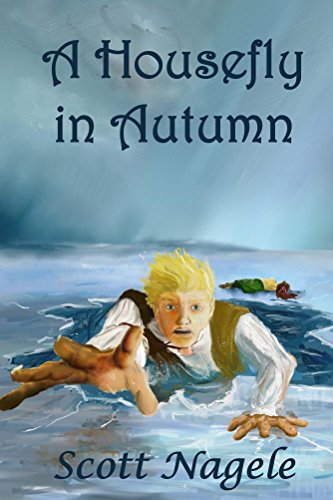 A Housefly in Autumn is intended for Young Adults and up. A historical novel, set in 19th century Europe, it follows the life of a young man whose dreams have crumbled down around him. In an act of heroism, he sacrifices his own promising future to save the life of another. Now he must decide whether to cling to the unlikely hope of regaining his old life, or aim his efforts toward making the most of the life fate has dealt him. Though it is difficult to let go of the rewards that life once promised, perhaps the greatest rewards are the ones earned by building new hope from the bits and pieces of wrecked dreams.   from Goodreads

This book was such a fun and surprising read for me.  I chose it because an old friend wrote it, but it didn’t really look like something that I’d like.  I was so wrong.  I love everything about this book, from the hero Anders Christiansen (Hans Christian Andersen similarity intentional) to the stories he told to children to the hope that his life represented.  I may have even cried once or twice so obviously I was invested!

Anders was a star. At 17, he had loving parents and was considered the next big thing at university.  But life has a way of changing in the blink of an eye.  Hans circumstances change, but his character doesn’t. I was rooting for Hans and even when he (and I with him) faced disappointment I could always count on his ability to soldier on.

Honestly, I don’t want to give too much away, but this book really touched me and I cannot wait to read it with Gage so that he too can become a fan of Hans, who faced adversity with an ability to find something good in every situation. Important life lessons are taught but never at the expense of the story.

This one feels like a fairy tale and is filled with fairy tales and if you give it a read I bet it will charm you too.

This is my second book in my 30 books in 30 days challenge and you can read more about it here.

7 thoughts on “A Housefly in Autumn by Scott Nagele”